There are two paediatric neurologists in our team. 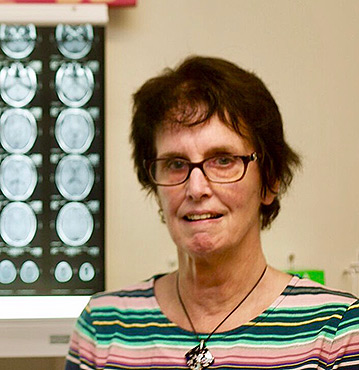 Dr Antony graduated from the University of Pittsburgh in 1971 and is certified by the American Board of Pediatrics. She completed her PhD (Medicine) at University of Sydney in 1988. After completing her residency in Cleveland Ohio, she spent 6 months as a paediatric resident in England. She completed her Neurology training in 1983 at The Royal Alexandra Hospital for Children (The Children’s Hospital at Westmead) and was then appointed as a Visiting Physican at The Children’s Hospital at Westmead.

She has numerous publications to her name. 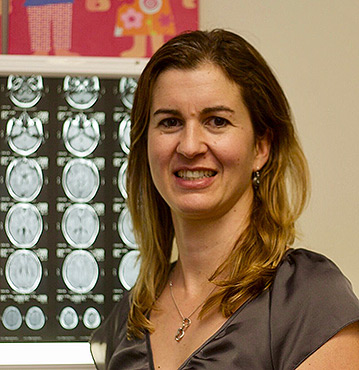 Dr Esther TantsisPaediatric Neurologist
Educational background: Dr Tantsis graduated from the University of Sydney in 1998 with a Bachelor of Medical Science majoring in neuroscience and topographical anatomy. She then attended the University of Sydney medical school and completed an MBBS in 2002. Dr Tantsis worked as an intern at Westmead Hospital before completing paediatric training at the Children’s Hospital Westmead for three years. She then trained for a further 6 years (whilst completing a PhD) and was admitted as a fellow of the Royal College of Physicians as a paediatric neurologist. Her paediatric neurology training was undertaken through fellowships in general neurology and neuroimmunology. She completed an additional year as the academic fellow at which time she broadened her experience in paediatric epilepsy and neurophysiology. Dr Tantsis currently holds an honorary appointment as a postgraduate fellow in the Department of Neurology at the Children’s Hospital Westmead.
Research: Dr Tantsis has a strong and proven interest in clinical research. She completed a PhD with the University of Sydney on Multiple Sclerosis and related conditions in children. She has published several papers in peer-reviewed journals as both the primary author and as a co-author. Dr Tantsis has presented her work at both local and international conferences.
Medical Education: Dr Tantsis has a strong interest and experience in medical education and curriculum development which began as the academic fellow for the University of Sydney and Children’s Hospital Westmead. Dr Tantsis currently holds an academic position as a senior lecturer with Macquarie University in the Faculty of Medicine and Health Sciences.
Membership: Dr Tantsis is a fellow of the Royal Australasian College of Physicians (RACP), the Australian New Zealand Child Neurology Society (ANZCNS) and is registered with the Australian Health Practitioner Regulation Authority (AHPRA).